The dentists and team of Sheron Dental are pleased to be able to offer beautiful smiles to their neighbors in Vancouver and the surrounding communities. 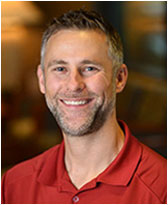 Adam Sheron, DMD, was born and raised here in Vancouver. He graduated from the University of Pittsburgh School of Dental Medicine in 2003. After completing his residency in Hartford, CT, he returned to Vancouver to work with his dad and brother and completed a lifelong dream. Dr. Adam is a member of the American Dental Association, Washington Dental Association, and Clark County Dental Society. He enjoys getting to know his patients on a personal level. He is incredibly ethical and honest with his patients and only recommends treatment he feels would be beneficial for them. Family is very important to Dr. Adam. When he is not at the office he can be seen with his beautiful wife, Bree, and their 7 kids (Nate, Luke, Olivia, Grace, Hudson, Emma, and Beckham). Watching their many activities and enjoying the outdoors keeps them busy. He also enjoys being active himself with working out, the occasional golf outing, and lighting up his Traeger grill. 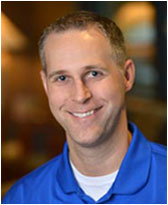 Chad Sheron, DDS, graduated from Columbia River High School and then traveled south to attend Vanderbilt University in Nashville, TN, on a basketball scholarship. He came back to the Northwest to attend dental school at the University of Washington. He followed that up with a residency at UCLA. Dr. Chad and his wife, Kim, wanted to return home to live close to family, and Dr. Chad wanted to practice with his dad. They have a daughter, Maddie, and a son, Carter. They also have a rambunctious Bichon Frise named Vandy. In his free time Dr. Chad enjoys spending time with his family and friends, helping with his kids' sports and activities, playing a little golf or tennis, and barbequing on his Traeger. 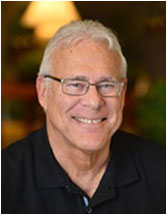 Rich Sheron, DMD, founded Sheron Dental and is pleased to have passed it on to two of his sons. Now retired, Dr. Rich graduated from Beaverton High School and went to Washington State University on a football scholarship. GO COUGS! He was drafted in the second round of the NFL draft by the New York Jets and would have gone to the Super Bowl with Joe Namath his rookie year if he had signed, but he opted for the long-term career of dentistry instead. After dental school at OHSU he spent two years as a dentist in the U.S. Air Force. He returned to the Northwest and chose Vancouver to start his dental practice in 1973. The current office was built and moved into in 2000. Dr. Rich is married to his college sweetheart, Joanie, and they have three grown sons. Chuck is a school administrator, while Chad and Adam are dentists here at Sheron Dental. In his free time, Dr. Rich enjoys being “Bumpa” to all his grandkids.

Our dentists in Vancouver, WA are excited to meet you and discuss your dental needs. Call our office today at 360-573-8181 to schedule the first step toward your healthiest smile.